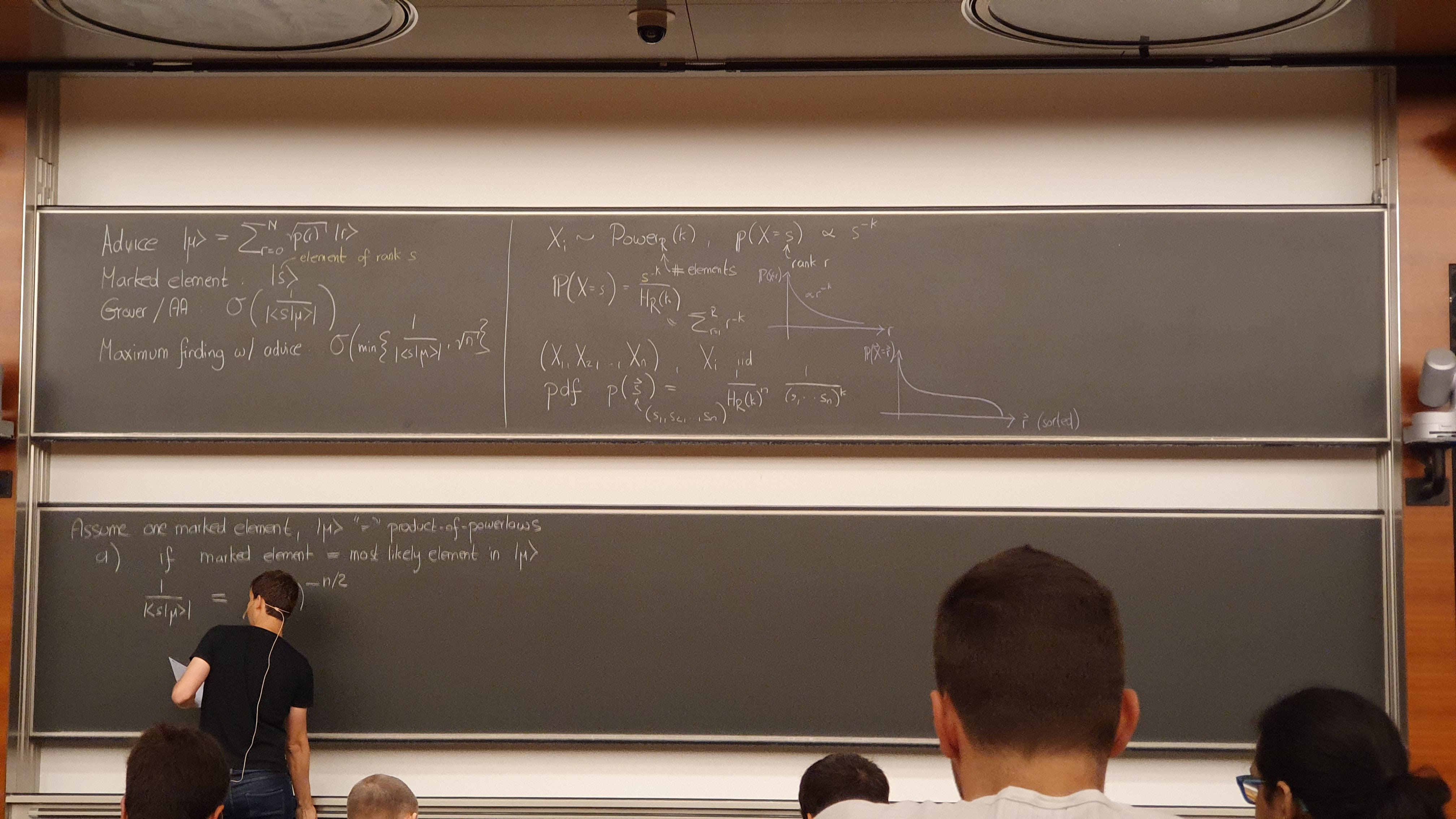 The five day long workshop covered a range of topics including quantum cryptography, error correction, quantum algorithms and software tutorials. Below is a compilation of the talks given as well as their respective slides (lecture recordings have yet to be released).

This workshop was a fantastic opportunity to meet people from around the globe and to be exposed to and inspired by different areas of quantum computing. Each speaker was fantastic at explaining their area of expertise and gave really engaging lectures. I would definitely recommend QuID to anyone thinking of heading to the next one (although I would suggest going in with at least a basic understanding of quantum mechanical and programming principles). 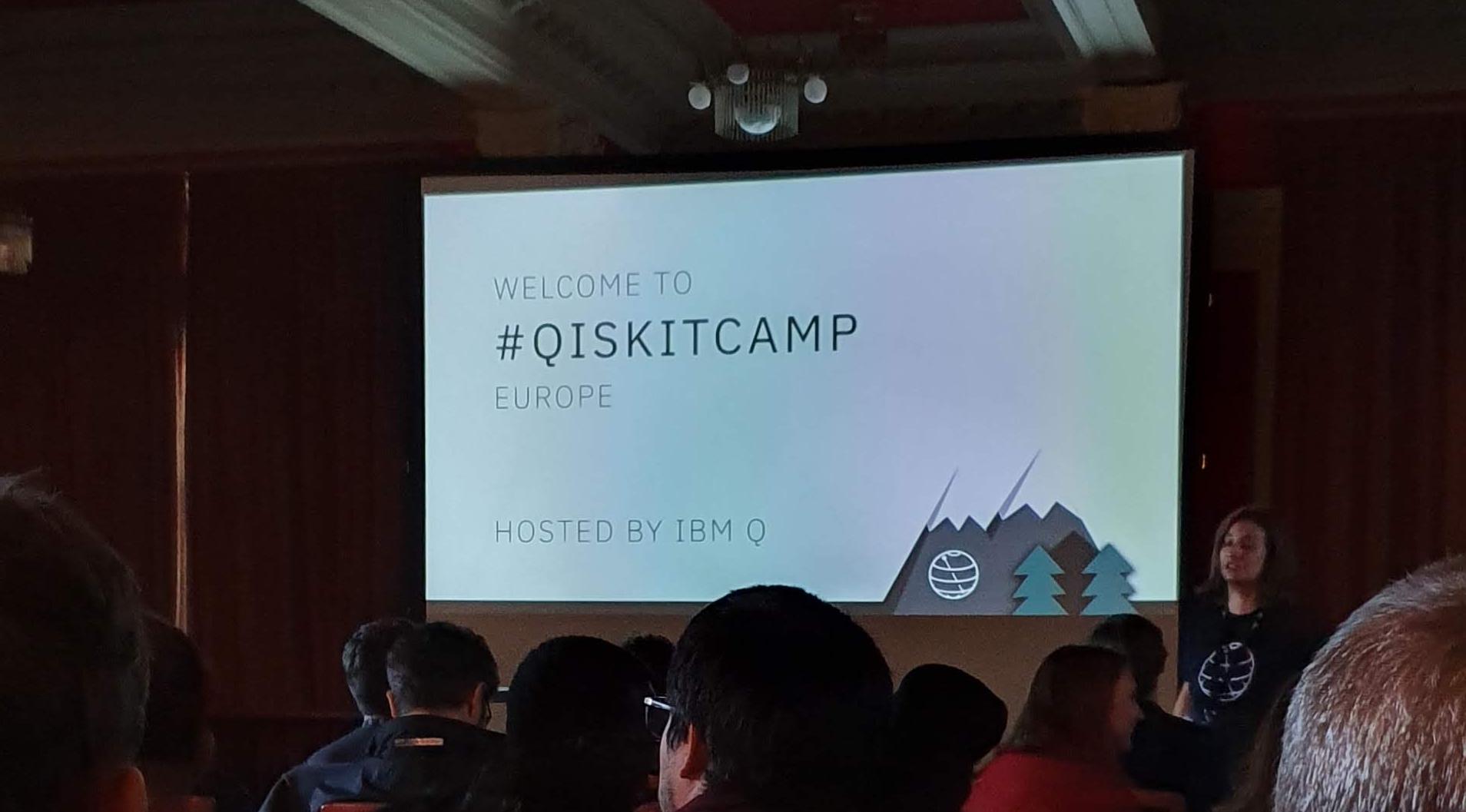 After five days of learning, it was time to put our new knowledge to practice at the IBM Q hackathon. The first morning at Piz Gloria started off with project idea pitches. The environment of physicists and developers with various backgrounds ignited some truly interesting ideas, such as a quantum music synthesiser, an ion-trap backend for Qiskit (as it is currently tailored only for superconducting devices) and quantum fourier transform for 2D drawings. The remainder of the day was spent hacking and enjoying the beautiful mountain view! 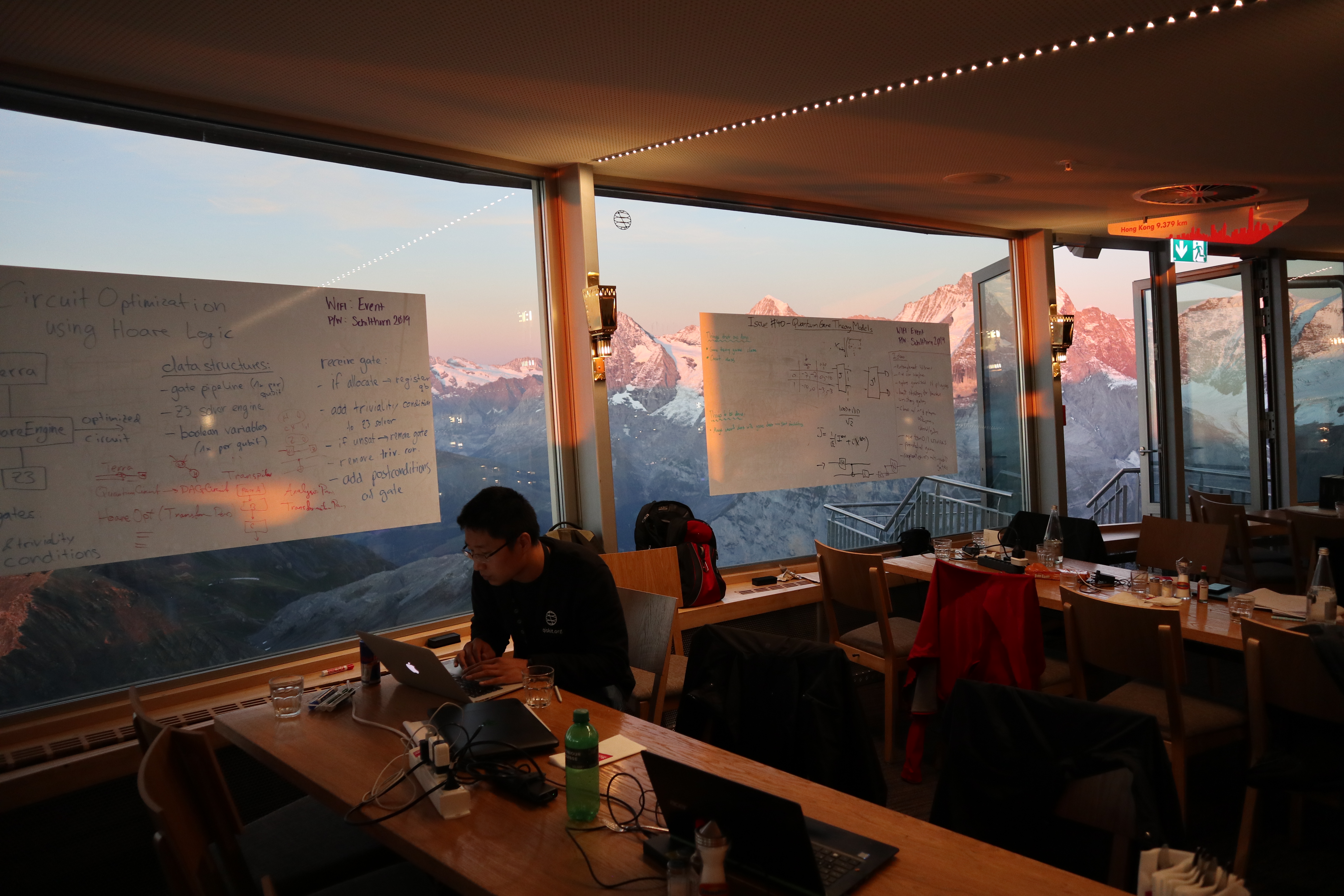 My team chose to work on a quantum game theory project, building a framework that could be used to create game theory models: in the end, a quantum Prisoner’s dilemma, chicken (game) and minority (game) was implemented with easy expansion for multiple players as well as other parameters. 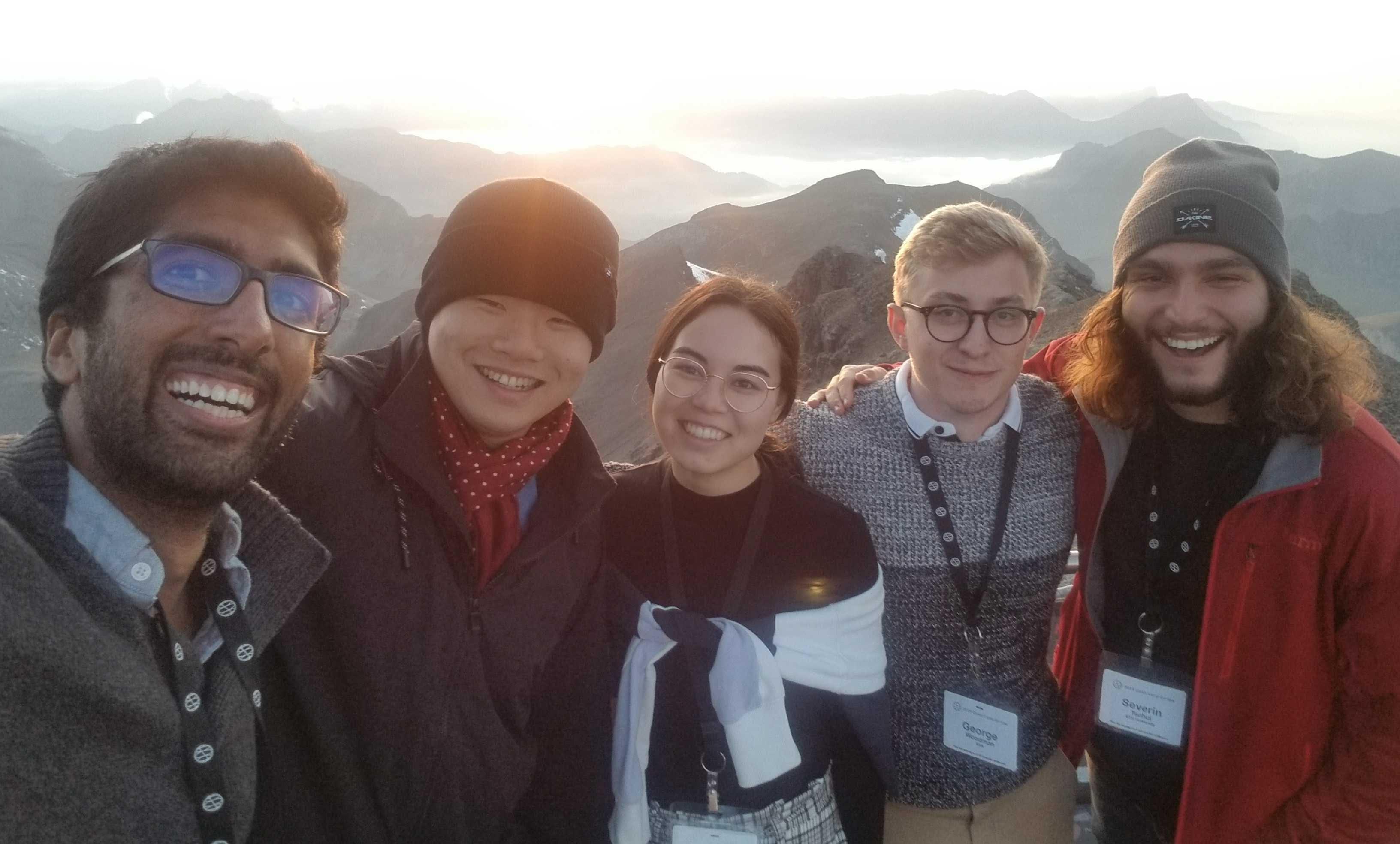 The overall winners of the hackathon, Team QizGloria, created a project integrating Pytorch with Qiskit, opening up the endless possibilities for machine learning integrated with quantum computing and incredibly implemented just over the weekend!

Being given the opportunity to hack and network with amazing people at such a beautiful location is an experience I will never forget. Thank you so much to IBM Q for hosting this event (it will be difficult to top this)! 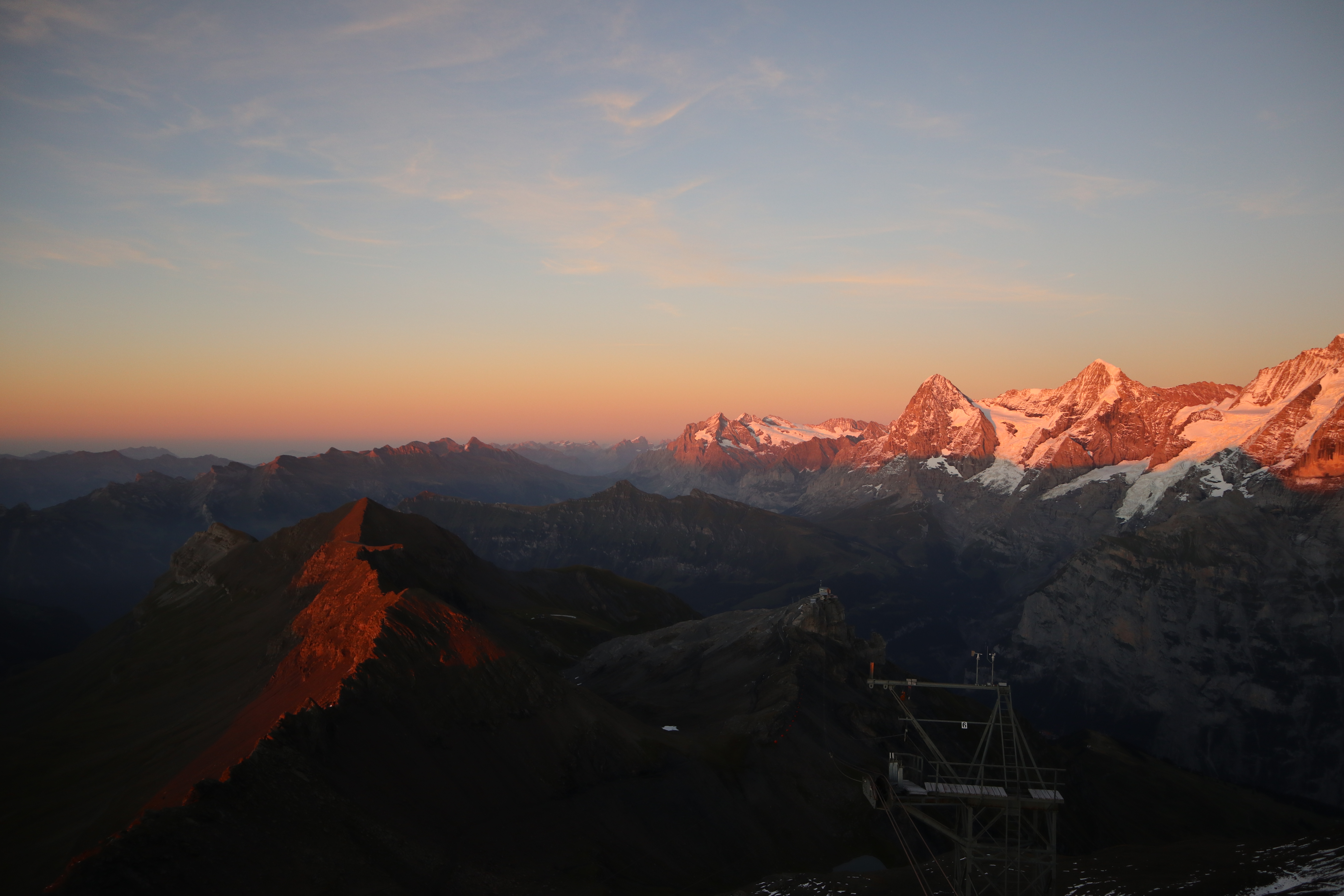